For love or for reward? 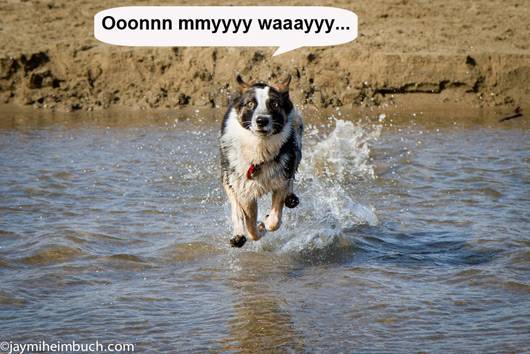 My family has a new dog, a very fluffy and cute rough collie. He is called Hamish and is five months old. We’ve had him for about five months now but it feels so much longer, in a good way!

My family have always had dogs but, I have to say it, we’ve always been pretty poor at training them. So this time I decided it would be best for us and the dog to train him, at the very least in the basics…which after a bit of research I learned were come, sit, stay, lie down as well as a few others.

I researched, read articles and watched YouTube video’s and learned that the best way to teach him to come was with the use of treats. Start getting him to come over short distances and then work up to longer distances. He would come to you because he knew he’d get a treat, whether a dog biscuit, a piece of chicken, a game, something that would appeal to him, something attractive to him, something that mattered more to him than whatever else he was doing at the time.

One article on recalling dogs puts it like this:

…now that we understand a little more about why so many dogs disobey the recall command, how do we go about training them to obey? In theory it’s simple. We must be more exciting and more rewarding than all those people, dogs and other distractions at the off-lead park…We must make it more rewarding for our dogs to come to us when called than to ignore us and keep exploring. In practice however, this can be difficult. 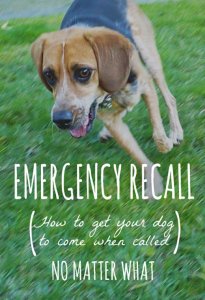 Then it started to dawn on me that he was only returning because he knew he would get a treat. He knew there was something in it for him. I noticed that he would come when he could see I had a treat in my hand but he was a bit more reluctant if he couldn’t actually see the treat. Then he noticed that I kept the treats in my jacket pocket, so if I put my hand in the pocket, even if I didn’t remove my hand yet, he would come scampering over thinking that my hand going into that pocket meant a treat even though he couldn’t actually see the treat. What it took a while for him to do was to come when called when I didn’t have a treat in my hand and didn’t have my hand in my pocket.

Later he would come even without seeing a treat and without my hand in my pocket but even then, when he came to me he’d sit or stand at my feet expectantly looking up at me. He expected a treat. That was why he’d come over.

I started to wonder what would happen if I didn’t actually have any treats at all. At some point I’d forget to arm myself with them and I’d call and he’d come but wouldn’t get a treat because I didn’t have any with me. What I did do was praise him and hug him and tell him how good he was. Would that be enough?

I started to think about my relationship with God. Did I obey him, or at least try to obey him, because of what I thought he could offer me, or promise me, or because I simply wanted to obey because I loved him?

I remembered back to my student days and remembered one dilemma I’d had and decided to take a particular course of action because I felt God saying to me that if I gave myself to my studies, he would reward me in quite a specific way. It occurred to me, all these years later, that I was obeying, not out of loyalty to God, not because of sheer love for him, but because of what he promised me, or what I thought he’d promised me.

I remembered a rather childish prayer I’d prayed as a young teenager. I’d seen a competition in a local newspaper to win a computer. I prayed that if God let me win the computer then I would use it for him. My desire to work for God was contingent on him letting me win the computer.

I wanted Hamish to come when called, not because he’d get a treat, not because he’d be rewarded with a game, but because he loved me, knew it was me calling, valued our relationship about all else, even the biggest most tempting distraction.

That’s still a work in progress. That kind of relationship takes time, practice, patience, trial and error. It means taking the time and making the time for the bond to develop. It means learning to trust because of who it is that calls, not because I’ll be rewarded with a treat, though I might well be. To love and to be loved regardless of whether or not there’s an actual treat or reward on offer. To work towards the place where the relationship itself, the relationship with the one who calls, is the reward. To work towards the place where Hamish comes when called and I go when God calls because, no matter what distractions are on offer, no matter what else is tempting me, it is but a poor substitute for that one relationship that defines me and which I crave beyond all else. It’s a work in progress. It’s progress I want to make and a journey I want to take. What must it be like to cherish a relationship so much, so higher and deeper and wider than all else, that no matter what else is offered to me, I protect and desire that one relationship? To love and to be loved. To love and to be loved and to be complete. 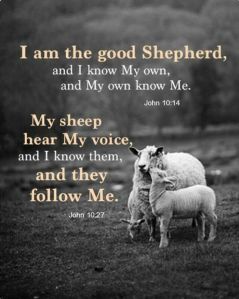